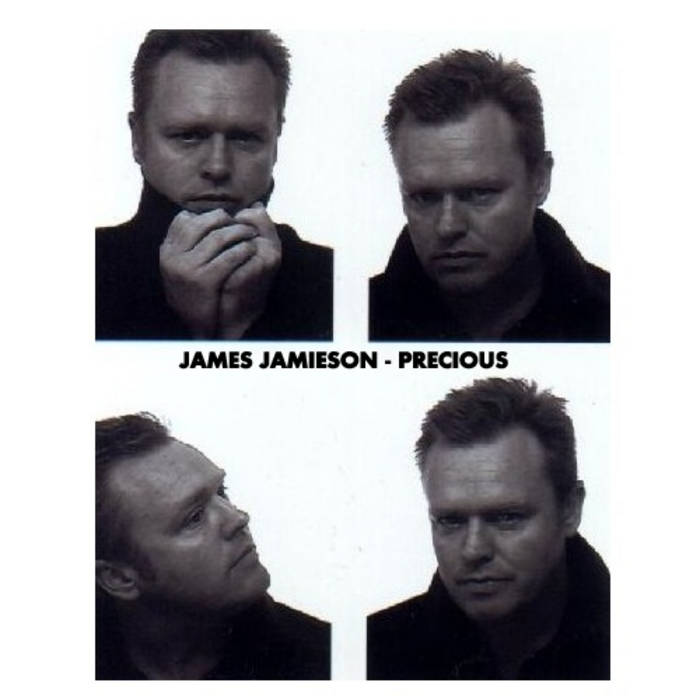 Here are the original 2005 sleevenotes

The origins of this album can be traced back to the bleak winter months of Feb 2003, when me and my old cohort Dave Reilly a.k.a. Cloudland Blue Quartet, decided to perform at Out Of The Bedroom (OOTB), an open mic session for songwriters based in Edinburgh (check out www.outofthebedroom.co.uk for more details). At the time of performing, I basically had 2 songs to my name, 'Precious' and 'Time of Ours', both of which feature on this album.

In order to make up the 3 song set needed for my 15 minute slot, I borrowed one of Dave's songs 'One More Chance' (thanks Dave !!!). Indeed, the song 'Precious' was the first song I actually played live at OOTB, and as such, it holds special memories for me. It seemed appropriate then to name this album after that song.

Further visits to OOTB, both in the role of performer and listener, gave me the appetite to write more of my own material. I finally had enough songs to perform a 35 minute set at Acoustica in July 2004.

I had planned to enhance the live line-up by using my mate Jim Park on percussion, but due to his commitments on the comedy circuit, he was unable to play on the planned date, so Dave programmed bass and drum patterns to give the songs a bit of 'oomph' in Jim’s absence. You can still hear the original patterns on tracks 1/2/4/7/9/10 on this album.

Before setting out to record these songs, I decided to get myself appropriate home recording gear. This resulted in a bit of an e-bay frenzy, where I purchased Guitar Tracks Pro Version 2.0 (music software) (£41), a Behringer Eurorak MX602A mix desk (£35), and a 'cheap' Electret SM900 condenser mic.(£29). I already had my own laptop computer and an Alesis reverb unit. I then spent a couple of months recording at home with the last song for the album, 'On The Inside' being finished off in January 2005.

The real driving force behind this album coming to fruition has been Dave, without whom, etc, etc. OK, I fully admit that the recordings are riddled with mistakes, but hey, at least it gives you an idea of my songs!!!

Finally, I would like to thank you, for taking time to listen to my album. Please feel free to recommend it to your friends. This album can be purchased via the Crispycat website at www.crispycat.co.uk, at which I can also be contacted if you wish. Your feedback would be most welcome.


2008 Edition
In 2008, "Precious" was re-released with eight bonus tracks, documenting Jamie's work in the time since the original release.

Please note that, on the original 2005 and 2008 Releases, there was a very small amount of cross-fading between tracks which has been left intact on this version. To replicate the album, the best method is to download the tracks and burn them to CD with no gaps between them.

2014 Edition
This new 2014 edition is made available following Jamie's untimely passing on 21 March 2014. Added to the 2005 and 2008 tracks are a further eight bonus tracks taken from the recording of the concert Jamie played with David Reilly of Cloudland Blue Quartet on 14 July 2005 - which you can read about here : crispycat-recordings.blogspot.co.uk/2005/07/cbq-live-rare-occurence-these-days.html -

Bandcamp Daily  your guide to the world of Bandcamp

Exhumed and Gruesome's Matt Harvey checks in, with jams from Cannibal Corpse, Midnight and more